The Episode starts with Ram saying she is watching the same video and smiling. Priya says I will go and make biryani, use any laptop, both are fine. She goes. He sees the video. He thinks who made this lovey dovey video, why is she seeing it. He calls Brinda. She says I don’t know Priya well. He says Priya and I looked good in the video, romantic feel was coming. She asks how, there is no romance in your marriage. Ram says it looks romantic when you run the marriage pics with a romantic song. She says Priya would have got angry. He asks why, I m confused. She says she won’t have love and all, you are the Ram Kapoor, any girl can love you, maybe Priya likes you. He asks what do you mean, if she falls in love with me, then how will I react. She says yes, check her behavior, if she is smiling or blushing then, its good. He says I will go and see. She says wait. He asks why. Adi says you will look desperate. Ram says I will wait.

Brinda disconnects. Sara calls Priya. Priya says I m making biryani. Sara jokes. Sandy says its Sunday, I m free, I thought to have cupcakes, are you making biryani, I saw a fantastic video. Priya says I have seen Ram and my video. Sandy says your marriage was so cute. Sara asks why were you seeing that. Priya says don’t know. Adi messages Ram and asks him to go and check Priya. Priya says I didn’t understand seeing the video, Ram should take less medicines. Sandy teases Priya. Priya laughs. Ram comes there and sees her. He thinks why is she laughing. Adi messages and asks is she usual or different. Ram replies she is laughing. Adi says Ram saw her laughing. Priya finishes the call and ends call. Ram thinks was Brinda saying right, does she have feelings for me, no, this can’t happen. He goes. Priya thinks was Ram really thinking about me, this can’t happen, he won’t care, he thinks I m a Chudail, this can’t happen. Vedika gets a call from the bank. The man asks for Shashi. She says he isn’t here. He says he took a loan for his projects. She asks how much loan. Shashi comes and takes her phone to disconnect. He says don’t touch my things. She asks about loan. He asks will you. They argue about Ram and Shivi. He raises hand. She shouts and says don’t touch me. He goes. Ram says she was laughing. Brinda says its just one, act cool. Adi says he is already cool. Ram says yes. She says you want Priya to die on you. Ram says she will kill me. She says Priya doesn’t like Ram. Adi says she loves Ram. They bet. Adi says this weekend, honeymoon if I win. She says if I win, then shopping in Paris. She says ask Priya something for which she always refuses, if she says yes then it will be her yes. Meera asks Priya to make tasty biryani. Priya says don’t make everything emotional.

Meera says promise me, if Ram asks you anything, you will say yes. Priya asks what can I give him. Meera says whatever he says, just say yes. Priya says okay. Sara and Sandy hug Meera and thank her. Sara says I wish Ram tells Priya that their marriage won’t break, that he loves her. Priya serves the biryani to Ram. Tarun says salad is also there. Adi says you have it.

Priya and Ram argue about ghee. She tells the benefits of ghee. She says you had wrong food at the wrong timing, now have food on right time and that also by your hand. Ram says I m not habitual. She says I have made unhealthy biryani also. Ram says I will have it. He says I got the hint. Brinda says get the curd. Priya goes. Brinda says ask her something directly. Ram says she always lectures me, there is nothing. She says you really eat unhealthy food, she is right. Adi says ask her. Priya comes back. Brinda asks Ram to take Priya on shopping. Ram says Priya doesn’t like it. Priya says I can come if you want, when shall we go. Ram says there is no compulsion. She asks when to go. He says today. She says okay.

Ram likes the biryani a lot. She thinks why is he praising it so much. Ram thinks biryani is tasty, how did she agree. Adi and Brinda smile. Priya says I want to try to designer’s store if he is your friend. She asks him to eat by spoon if he wants. She smiles. Ram thinks what happened to her. Adi messages their friends. Ram and Priya come to the designer exhibition. Ram says you usually don’t like such places, what happened today. She thinks its mum’s mistake. She says your choice is my responsibility now, I m your wife, that’s why. He says she is super nice with me, will she kill me.

Precap:
Priya and Ram have a moment. She stitches the button. The man stops her and says we have to check the bag. Ram stops the man and scolds him. 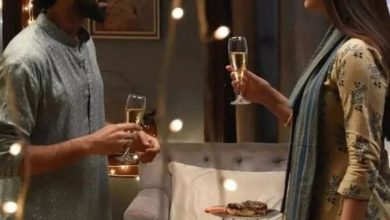 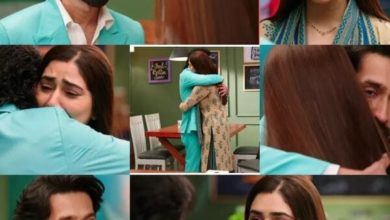 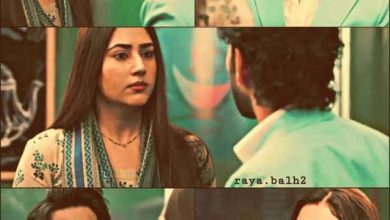 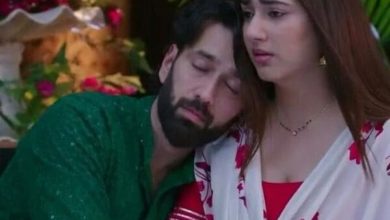