Rudra tells Kalindi he is really happy that she revealed that Raj is her baby’s father. He acts as angry on Raj for not informing him about his affair with Kalindi and asks Kalindi when and how did she meet Raj. Kalindi gets tensed. Armaan fears Kalindi will reveal truth and asks Rudra if he wants to know how Kalindi and Raj got intimate and humiliate her.

Rudra says he is protecting her instead from media as media would want to know how and when she met Raj, they will question even him as he is Raj’s mentor; media will label Kalindi’s baby as illegitimate if Kalindi fails to prove herself. Preesha says he is right and recalls Rudra playing same game with Kaveri to make her confesses her lies. Rudra asks Kalindi when she is too older than Raj, is she trying to trap him. Kalindi asks why should she answer him.

Rudra asks constable to be evidence as Kaveri’s confession and acceptance to marry Raj will prove Raj innocent. He reminds Preesha how she saved him from Kaveri. Preesha remembers. Armaan gets tensed seeing Preesha’s memory returning. Vidyuth brings Kalindi’s boyfriend Veer and says Kalindi’s baby belongs to Veer and they can prove it via DNA test. Rudra says he will call lab tech then.

Vidyuth says he already called lab tech. Kalindi panics and accepts that baby belongs to Veer and not Raj. Rudra asks why did she lie then. Kalindi says her and Veer’s are unable to fulfill their needs with their earnings and can’t upbring a baby, so she thought she can trap Raj and then blackmail Rudra for money. Rudra says she can’t plan all this alone and there must be a mastermind behind her. Kalindi says she alone planned it.

Rudra says if she had asked money from her, he would have easily given it to her; now she and her baby will rotten in jail. Kalindi pleads Rudra not to send her to jail. Preesha also Rudra not send Kalindi to jail as she doesn’t want Kalindi’s innocent baby to suffer because of her sins. Rudra agrees and asks Kalindi to visit police station and take back her complaint. Vidyuth accompanies her to bring Raj home after she takes back her fake complaint. Pihu thanks god that Raj is innocent.

Armaan asks how dare she is to lie to him that she is going to stay at Coppola Hotel and booked a hotel room at Yellow Orchids. Preesha says Pihu wanted to prove Raj innocent. Armaan says he was worried for them and would himself have helped them instead of them taking Rudra’s help. Preesha says he wasn’t ready to listen to Pihu at all and this time she took a right person’s help and helped a right person.

Rudra invites Preesha and Armaan to attend his wedding at any cost. Armaan says he will to prove that he really has moved on. Preesha also agrees. Rudra thinks he wants Preesha to attend his fake wedding and revive her memory. Back home, Armaan informs Digvijay about this plan to attend Rudra’s wedding with Preesha to confirm Rudra really wants to move on. Digvijay asks him to take Preesha immediately to London. Armaan says Rudra is planning to revive Preesha’s memory, but he is giving double medicine dose to Preesha to erase her memory.

Preesha flushes away medicine in commode and tells Pihu that she can’t trust both Rudra and Armaan and hence will use her own gut feeling to know the truth. Pihu praises her idea. Rudra discusses with family that they need to start his wedding drama to revive Preesha’s memory. Armaan determines to make sure that Preesdha’s memory doesn’t return.

Preeesha gets jealous seeing Rudra’s PDA with Vanshika during haldi ritual. Saransh drops haldi on Preesha. Preesha goes to Rudra’s washroom to clean herself and get intimate with Rudra under shower. Arman stands shocked seeing that. 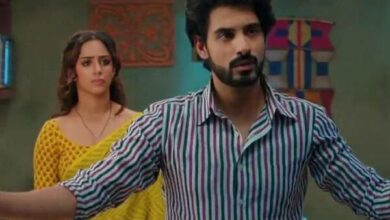 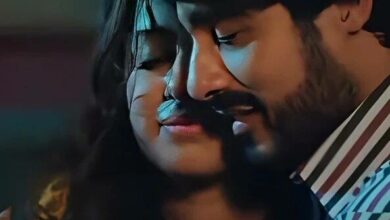 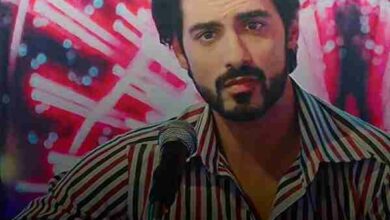 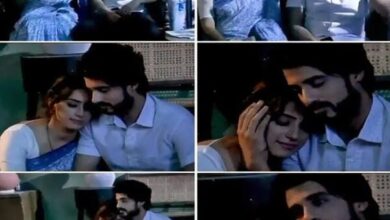 Anupamaa : Anupama & Dimpy Get Harassed by Goons !
11 hours ago