Sai and Virat wait outside their children’s school. Virat gets commmissioner’s call and congratulates Sai that her fortified dietary recommendation report she prepared has been approved and she needs to prepare one more report after search in which she will suggest a more fortified diet. Sai says her success was impossible without his support. Virat says he just performed his duty. Pakhi walks to them and asks if they were talking something important and if she disturbed them. Virat says they were discuss official work.

Pakhi asks if office was not enough that they are discussing official work here, he should stop justifying himself. Virat says he is not justifying himself and just answering her question, asks what is she doing here. Pakhi asks if she cannot come to pick her son up. Virat says she knows that he would be picking Vinu today. Pakhi says there is no hard hitting rule that a mother can’t pick her son, he is questioning her too much.

Vinayak and Savi walk to them excitedly and describe what they did at school. Pakhi asks shall we go home now. Savi requests Virat if they can accompany him. Sai says no. Vinayak says Savi’s house is on the way, so they can drop Savi and Sai home. Virat agrees. Ashwini calls Pakhi. Sonali says Pakhi is not at home. Ashwini says she must have gone to office. Omkar says she hasn’t gone to office. Karishma informs that Pakhi has gone to Vinu’s school. Ashwini says Virat had gone to pick up Vinu today.

Sonali says Sai also must have gone to pick up Savi, so Pakhi had gone there to protect her husband from Sai; this is just a beginning, they should wait for further twists and turns in this story. Bhavani says a wife’s fear is obvious, Virat did injustice to Pakhi and nobody questioned Virat, a mother or a daughter or a sister can share her son or father or a bother, but a wife can never share her husband with another woman. She continues to support Pakhi and tongue lashes Ashwini for inviting trouble in Pakhi and Virat’s life blindfolded in her grandaughter’s love.

Savi discusses what she learnt in school and says need to write a project on internal and external enemies. Vinu says Sai will discuss about external enemies and Virat on internal enemies. Sai asks what about her, reminds Virat that their project for Vinu last time got him a prize and they both are best together. Sai feels sad hearing that. Virat drops Sai and Savi home. Savi insists Virat to stay back with them as she and Vinu want to complete the project together.

Pakhi says they can do it in Vinu’s room. Sai refuses to visit Chavan nivas. Pakhi says she should forget her personal differences for the sake of kids. Sai says if they all want to complete the project together, then they can at her house. Savi and Vinu insist Virat to agree. Virat agrees. Kids rejoice. Pakhi says Vinu will go home and freshen up and return in 1 hour. Savi agrees. Pakhi takes Viu home.

Pakhi opposes Virat’s decision to visit Sai’s house. Virat says they will finish project and return home. Pakhi argues. Virat says her visit to his office repeatedly and wherever he goes is embarrassing him in front of his colleagues and others. Pakhi argues that his growing closeness towards Sai is fearing her. Virat says Sai is just his colleague and nothing else, he wouldn’t have looked at Sai if she is not his colleague. Pakhi calms down and agrees to accompany him to Sai’s house.

Mohit walks in and reminds Pakhi about their important client meeting. Pakhi asks him to postpone it. Mohit says its important client and they will incur 30% loss if they don’t get this project. Virat says Pakhi will attend client meeting. Pakhi asks why did he say that. Virat says he knows her insecurity and jealous towards Sai will pose losses to their business, so she should attend meeting while he visits Sai’s house with Vinayak. Pakhi agrees. Sai recalls Pakhi’s behavior and thinks it would create troubles in the future, but she understands a wife’s insecurity.

Precap: Pakhi returns from work and not finding Virat home barges into Sai’s house and finds him shirtless. 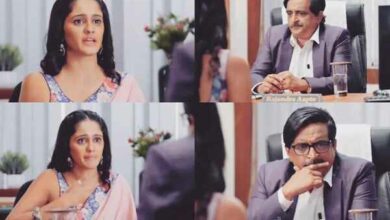 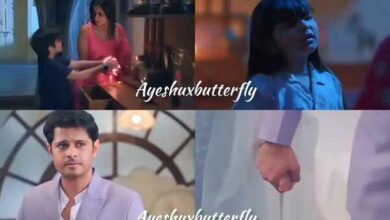 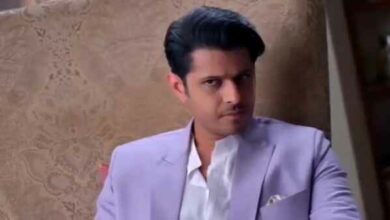