Imlie picks her stuff from office couch and thinks nobody will find out that she was here. Adi walks in and gets confused thinking if he finished his work or not, he should go home. His pen falls down and he bends to pick it. Imlie gets tensed thinking he will notice her. Malini enters and says she was worried for him, so she came here. Imlie thinks Malini came even here. Malini says she feels sad that his article was removed from front page and someone else’s article was published, etc. He says she need not come here as he was coming home anyways. She searches Imlie and thinks she is not here, but then notices her hiding under the table and thinks she will not inform Adi as he will show a sympathy card to Imlie, so let his drama continue till it can. Imlie thinks Adi is trusting someone else than her and sleeps on floor crying.

At Aryan’s house, Narmada in her broken English tells Arpita that all their plans failed and they couldn’t get Aryan attracted to a girl. Arpita suggests they should throw a party and introduce Aryan to girls. She agrees. Arpita names herm mission as MBC/mujhe bhabhi chahiye. Narmada says even her mission is MBC/mujhe bahu chahiye. Imlie wakes up from sleep when peon brooms floor and thinks she should get ready before anyone notices her. She comes out after bathe and dries her cloth near her desk doing her jokergiri and singing out loudly. She then dries her hair dancing.

Aryan walks in and sings with her. She continues her jokergiri and says he shouldn’t sing as his voice is very hoarse. He says even she shouldn’t sing in office and says this is his office and not her village’s lake. She says dirt fell on her on the to office and she cleaned herself and even cleaned her clothes. He asks her to pick her stuff from there and walks to his cabin. She fumes and thinks she doesn’t want to see Aryan’s face every morning and prays Seeta maiya to find her some shelter.

Aryan enters his cabin and sees his personal file open. He gets emotional remembering Arvind’s accident. Imlie prays Seeta maiya loudly to make her office boss soon. Aryan gets irritated and warns her to stop. She ignores him and continues her pooja. He stops her and asks if she is ignoring him. She says she is not INgoring him and cannot ingore pooja, stops him from walking further and warns its her pooja place. He warns not to do that again in his office. She controls her anger and offers him aarti. Whole staff gathers. Aryan controls his anger and accepts aarti.

Adi gets jealous noticing that and remembers Malini’s words that CEO is showing special interest in Imlie and Imlie is using him to attain success. Imlie offers aarti to all staff. Adi says she performs morning pooja at home, who is here that she is performing pooja here. She says he is wrongly alleging her again. He says they don’t perform pooja at office, she bends rules for herself and her friends.

Radha and Aparna try to prepare herbal dye for them. Pankaj asks what are they doing. Aparna says Rupali told they are old now, so they are preparing herbal dye. Malini says they need not worry as she will give them good herbal dye names. Aparna says she wants herbal dye and is using Imlie’s village recipe. Rupali walks in and says she is going to repair her mobile.

Malini remembers Imlie recording her crime in Rupali’s mobile and threatening to expose her, so she thinks of stealing Rupali’s mobile and asks her to have her ordered crepe breakfast and then go. Rupali agrees yelling. Malini rushes to Rupali’s room and finds mobile, then hearing Rupali coming thinks she will be alleged as stealing mobile, hence she locks drawer and hides keyes.

Precap: Aryan enters office thinking a thief barged into his office and finds Imlie instead. Imlie shouts seeing him.
He asks why is she sleeping in his office. 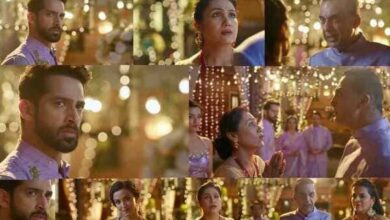 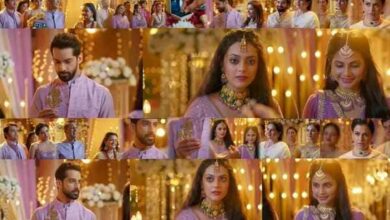 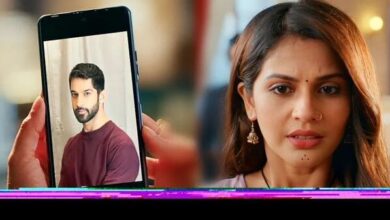 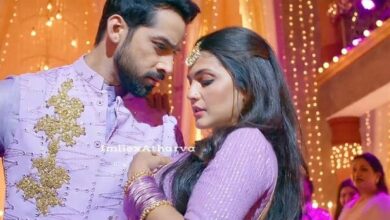