Aryan lifts unconscious Imlie from the floor and opens door. Family is shocked to see Imlie’s condition. Aryan makes Imlie lie on a sofa and asks family to call a doctor. Nila says why doctor when they have Jyoti. Arpita asks Aryan to relax as doctor is on the way. Jyoti thinks Aryan and Imlie cannot be so careless to leave the candles near the curtains, so somewhere wants to separate them; she needs to see if the universe has sent that person in her favor or against her. Imlie regains consciousness. Doctor checks Imlie. Aryan continues to panic and asks doctor to check up Imlie properly as she is unable to speak. Doctor checks Aryan and asks him to stop panicking as Imlie had got a panic attack due to smoke inhalation and is fine now, in fact Aryan needs treatment and not Imlie. Everyone smiles hearing that. Sundar goes to drop doctor out.

Imlie asks everyone not to worry as she is fine now. Narmada asks how did the room catch fire. Nila looking at Jo says someone set the fire for sure. Aryan reveals that he and Jo lit scented candles in the room for Imlie. Nila alleges that Jyoti set the fire then. Aryan says Jo was just helping him. Imlie says since Jyothi came here, she is helping them and hence cannot do anything wrong. Aryan says he will bring medicines. Arpita says she and Sundar will and taunts him to not make his date more hot or else there will be fire again. Aryan tries to leave nervously. Arpita asks him to take Imlie along. e extends his hand towards Imlie. She tries to hold it but feels weak. He lifts her. Their eyes lock and then she rests her head on his shoulder. Jo gets jealous seeing that.
Sundar taunts chipkali Imlie is on a tour of arms today. Narmada asks him to stop now. Aryan takes Imlie away. Nila prays god to keep nazar/evil eyes away from them. Arpita asks not to worry about them.

Next morning, Aryan asks Imlie if she slept comfortably last night. She nods yes. Servant brings Imlie’s medicines and breakfast. Mahadev calls Imlie and says he prepared the report, but its very risky. Imlie says she can’t take a risk, so she will come to office. Aryan disconnects her call and switches off her phone. She shouts that he already confined her in a room and threatens to jump from the window again. He sits beside her and says that’s because he was not with her. They both feel nervous. She says the report is important. He says not more than her food and health. She tries to leave silently. He holds her sari pallu, walks to her closer and asks her not to challenge him today as he feels he can win everything today. He wiggles his fingers around her hair and face. She closes her eyes experiencing his touch. He then walks aside. She requests him to let her visit the office as the report is important. He says he will accompany her. She asks just because he is her husband will he will follow her everywhere. He says he is her boss and she is his employee. She seeks her phone and walks aside.

Jyoti burns camphor and asks Narmada to keep it in all the corners of house to ward off negativity. Narmada does same. Jyoti tells Arpita that they are newly married, but look like they are married for years. Narmada says even Aryan and Imlie are married recently. Jyoti says they don’t seem compatible with each other and are different. Arpita says they don’t understand each other’s feelings. Imlie and Aryan walk out arguing. Narmada asks Imlie to rest at home. Imlie says she needs to go as it’s important. Narmada says she doesn’t listen to her. Imlie feels suffocated and reveals she is allergic to camphor. Aryan says she should stand away then. She wards off negativity with her sari pallu and walks away. Narmada tells Jyoti that is how Aryan and Imlie are.

Nila vents out her anger on Gudiya when her plan fails. Jyoti walks in. Nila yells why did she come here. Jyoti says she didn’t set the fire in the room, Aryan thinks she kept the candle near the curtain, but its someone else. Nila asks her to leave if her clarification is over. Gudiya says she needs lipstick. Jyoti says she has a lot of makeup and will give it to her if she reveals who set the fire in the room. Gudiya says it’s Nila. Jyoti looks at Nila.

Precap: Someone shoots Aryan. Imlie shouts and runs towards Aryan. 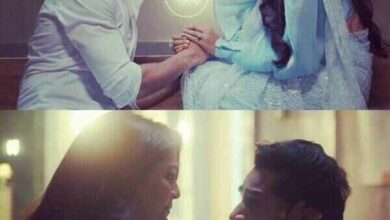 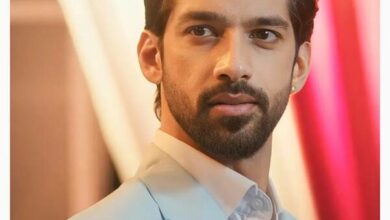 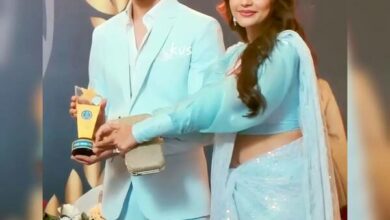 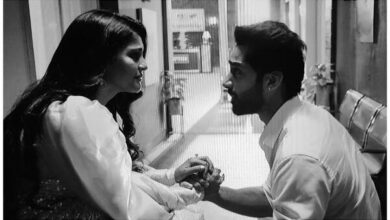