Armaan lifts unconscious Preesha and carries her towards car. Digvijay and Kanchan asks what happened to her. Pihu says Preesha got allergic reaction with the flower bouquet she received during her orientation. Armaan thinks he cannot reveal them that Rudra is also here and recalls hearing college admin getting a complaint from Rudra about a lady being stuck in bathroom.

He thinks he cannot let Rudra see Preesha and getting the bathroom door opened via peons carries Preesha away. Out of flashback, he tells family that he will take Preesha to the hotel room and cal the doctor. Raj thanks Rudra for attending orientation program. Rudra asks him to stop being formal and leaves asking his Vidyut to take care of Raj.

Armaan takes Preesha to the hotel room and gets her treated. Preesha wakes up and reveals that she collapses in the bathorrom after the door got jammed. Kanchan says she got a panic attack and says there must be some reason behind it. Preesha says a man tried to help her and introduced herself as Rudraksh. Kanchan says Rudraksh is a common name and she need not panic.

Armaan tells Preesha they should go back to Mumbai. Preesha says she came here for Pihu and wants to stay back for a few days and help her settle down in Delhi. Armaan says even he will stay back with her to take care of her. She thanks him for supporting her and asks if Pihu is in college. He says yes.

Pihu walks through the college corridor when she bumps on Raj. Raj holds her waist to stop her from falling. Pihu calls him mannerless for holding her. He says he stopped her from falling. She says she knows the flirty type boys like him. Vidyut walks to her and bullies her for her misbehavior. He rags her and orders her to obey her senior like everyone does and bent down in front of him.

Students cheer him up. Raj asks Vidyut to let it go. Pihu bends down. Vidyut boasts that whoever messes up with him will face punishment. He asks Pihu to stand up and beave in front to him from heroen or else she will fall flat on her face. She acts as crying. He wakls and falls on his face. She smirks on him and recalls tying his shoe laces together.

She taunts him that he should earn respect as a senior or else will be taught a lesson by his juniors. She asks him to remember her name Pihu and leaves proudly. Students chant Pihu’s name. Vidyut gets angry and challenges to teach her a lesson.

Rudra records Sun Raha Hai Na Tu.. song in a studio. Pihu calls his manager Vanshika and asks her if Rudra had food. Vanshika says he didn’t. Pihu says she knew he would be busy singing and must not have food yet. Vanshika asks what should she do now. Pihu gives her an idea.

Vanshika tells Rudra that he needs to shoot an ad for a food client right now. He says he will cancel the shoot next time if she informs him at last minute. She apologizes. He asks if there is a script. She says he just has to taste food and comment its tasty. Rudra tastes food and says its tasty like his mother’s prepared food. She asks him to keep eating as camera is rolling.

He tastes food further and says she lied to him as its really his mother’s prepared food. Roohi enters and says she planned it to make him have food and recalls seeking Vanshika’s help. Out of flashback, Pihu says she called Rudra thirce and since he didn’t pick her call, she had to do this drama to make him eat. Rudra asks who will have so much food. She says they all 3 will.

Precap: Roohi shows Preesha’s hand kerchief she found in the icecream parlor to Saransh. Saranh checks parlor’s CCTV footage and gets happy seeing Preesha. Preesha takes Pihu to the principal office to complain against Vidyut and finds Rudra there.

Sudhanshu Pandey: After 'Anupamaa', I realised how incredibly popular television can make you 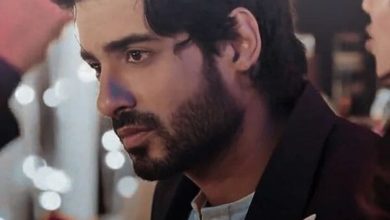 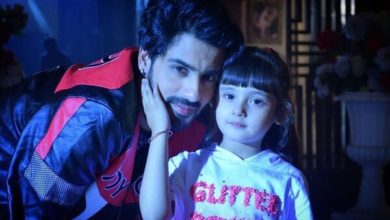 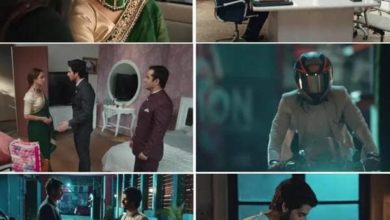 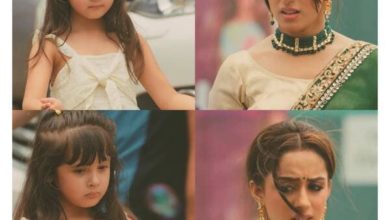