Imlie excitedly drives car with her commentary irritating Aryan. She says his arrogance will not less if he slaps for her. He says her IQ has lessened. She claps herself leaving steering. He warns her to don’t dare do that and says he will deduct her whole salary if something happens to his car. She says she will not let even a scratch on his car and parks car in office parking lot. Adi also reaches there and gets jealous noticing that, remembering her growing closeness to Aryan. Aryan asks her to pick his bag and follow him. She says its not her job. He says whatever he orders is her job and walks away. She picks his bag. Adi walks to her and taunts that she became Aryan’s employee first, then tenant, then driver and personal assistant, looks like she is finding new ways to befriend her boss. She says he used to be happy with her small achievements, but now feels lost with her big wins. She enters office. Her colleagues gossip with her on a celebrity’s marriage. Adi asks them to discuss sports, farmers’ agitation, and other news; they should concentrate on real issues than page 3 trash as their boss is not their house owner or friend, they should concentrate on becoming a good journalist. Imlie thinks he is criticizing her and thinks she is bad, how could he.

Anu asks Malini if she is not afraid of Imlie trying to get closer to Adi again. She says he should have seen Adi’s condition yesterday, remembering his inebriated blabbering, and says Aryan’s entry in their lives is enough to separate them; she is worried if Rupali breaks her drawer and takes her broken mobile. Radha enters with tea for them and seeing drawer keys asks where did she get keys from. Anu yells these are her locker keys and not her cheap drawer keys. Radha walks away. Malini relaxes and says that was too close. Anu says she is close to her win and before they doubt her, she should take mobile from drawer and destroy it.

Aryan reviews Adi’s work and his work is commendable, but there is no challenge in same job, hence is he ready for a new challenge. Adi says a person sitting at desk whole day will not understand his work, his work positively changes people’s lives. Aryan remembering Arvind’s death due to Adi’s wrong reporting says not necessarily, his controversial articles have harmed people’s lives and even news paper’s profit. Imlie walks in. Aryan says people says Imlie’s reporting style is different and she writes down biggest articles easily, her last front page article got profits to their newspapers, hence she will assist Adi in his next assignment which is interviewing Bollywood superstar Pooja Oberoi’s interview. Adi says he will not do that assignment as he doesn’t want to be pushed back to page 3. Aryan asks if he has problem with the interview or intern. Adi says he will not compromise his journalism. Aryan says he will not compromise his newspaper profits, Adi works for an organization and himself is not an organization, so he has to follow its rules. Adi reminds Imlie that she has to follow his orders as an assistant and walks away.

Aparna informs Tripathis that Imlie is covering Bollywood actress Pooja Oberoi’s interview and invited them all for the press conference. Family rejoices hearing that. Aparna says Imlie remembers that Pooja is Radha’s favorite actress and asked her to wear her golden color sari for the conference. Radha says Imlie remembers their minute details. Aparna says Imlie brings smile in their lives. Malini says they forgot Adi’s contribution and forgot to appreciate Adi. Rupali taunts that outsiders are appreciating Adi a lot, she shouldn’t accompany them if she has problem with Imlie. Senior excitedly rush to get ready. Malini says even she wants to go and check. Anu asks her not to miss golden chance and shows drawer key.

Imlie with Adi visits conference venue and feels excited. Adi says its a fake world and heroine is bothered about only herself. Heroine walks in yelling at arrangements. Imlie gets mesmerized with her beauty. Reporters question about her outfit, her new movie, her favorite scene and song, etc. Imlie asks what kind of questions are these. Adi says people interviewing are stupid and he is made part of it. He questions Pooja about drought around Delhi and farmers problems. She asks what rubbish. He says he is not interested in her outfit and personal life and asks what has she done for human welfare. Pooja walks away fuming. Imlie gives Adi moral gyaan and says one is expert in one subject and novoice in other subject, so he should do his job faithfully as his expertise is a novoice for others. He says she is supporting her and walks away frowning. She thinks she will take interview at any cost.

Precap: Adi tells Imlie that if the love between them has ended, even their relationship should, and demands her to sing divorce papers. 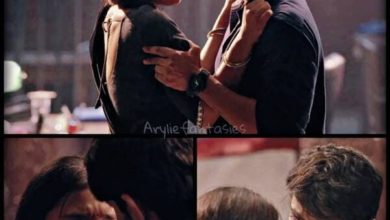 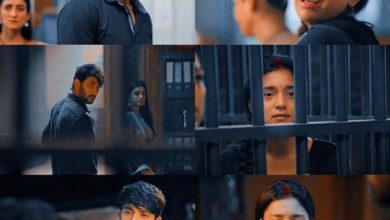 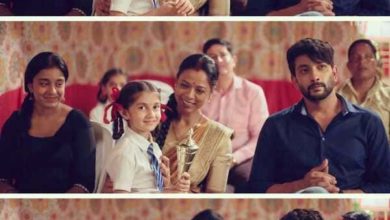 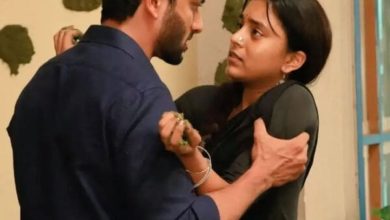